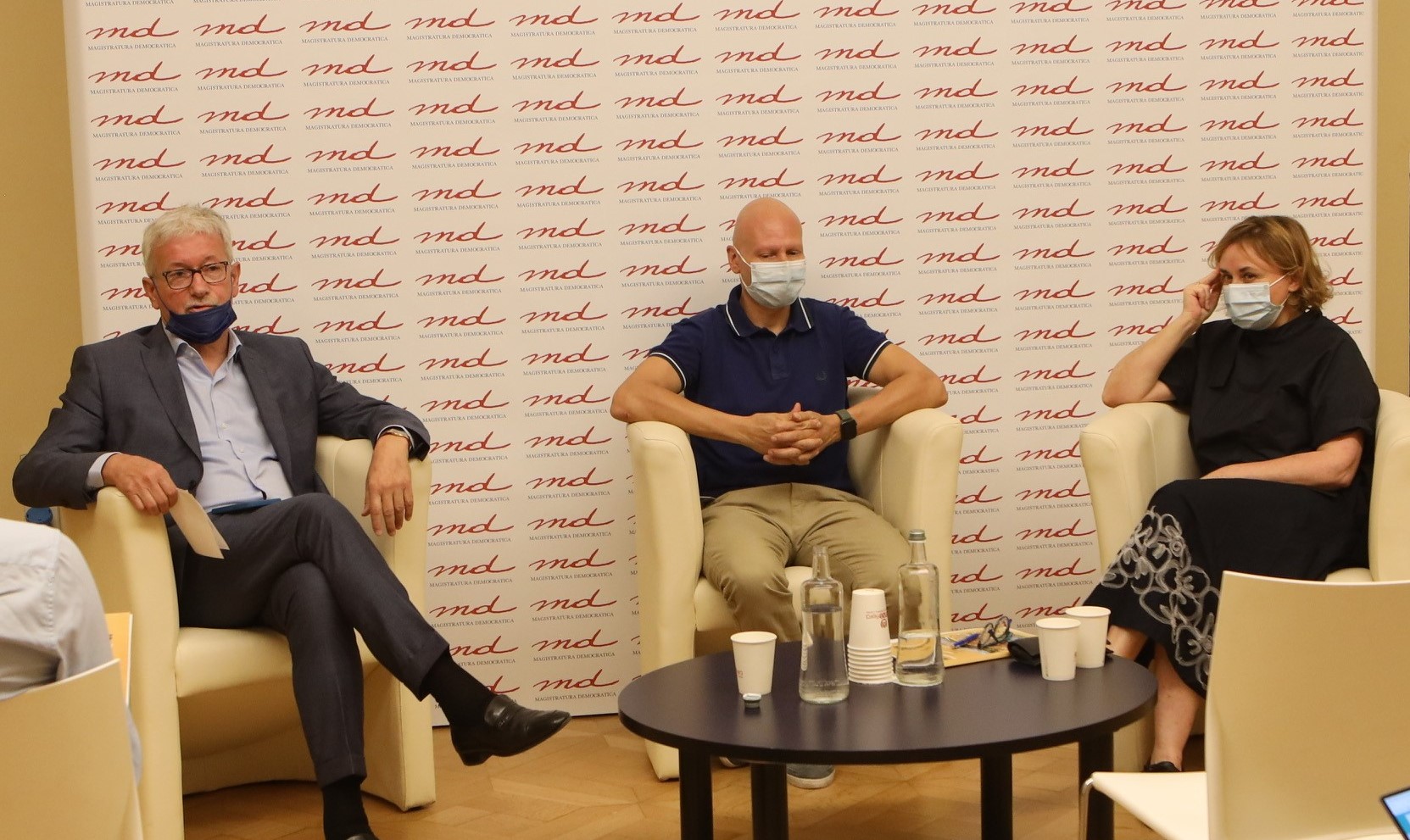 Florence, 8th July 2021. This morning, the 23rd National Congress of Magistratura Democratica was presented to the press. The Congress will take place at Palazzo dei Congressi from Friday, 9th July, to Sunday, 11th July 2021. After a short welcoming speech by Lorenzo Becattini, President of Firenze Fiera, Mariarosaria Guglielmi, Secretary-General of MD, and Filippo Focardi from the Secretariat of the Tuscan section of MD.

The main theme of the Congress, called “Magistrati e polis – Questione democratica, questione morale” (Magistrates and the Polis – A Democratic Issue, a Moral Issue), will be the relationship between judges and the city, and between magistrates, jurisdiction and the constitution of democracy. Participants will discuss guarantees and the protection of civil liberties, rights, representation, with a look over national borders, on the future of Europe and on its inclusive perspective at a time when the effects of pandemic de-socialisation become more apparent in an increasingly dramatic way. The democratic issue is complemented by the moral issue and its declination within the relationship between institutions of the autonomous government and the formation of associations.

The various themes discussed will also include justice reforms, analysing the existing and project proposals.

During the three days and during the various working sessions, debate will be public, transparent, and participatory thanks to society actors who get to meet the real needs of people every day.