Firenze Fiera – Culture as a Driving Force Behind Economy. The Company’s Contribution to Dante’s Celebrations 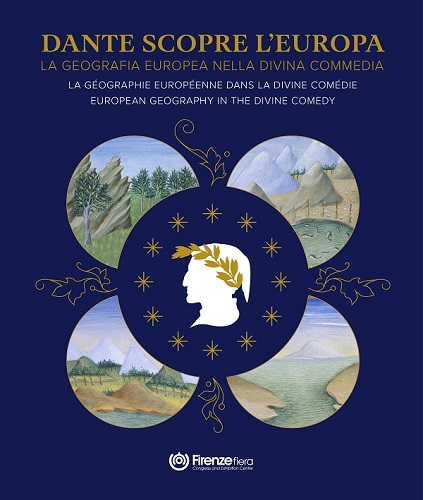 For the presentation, Lorenzo Becattini invited Florence Mayor Dario Nardella, Eugenio Giani, President of the Region of Tuscany, Paola Allegretti, a renowned Dante expert and the scientific coordinator of this book, and Marie-France Merger and Rodney Lokaj, translators of the book.

The book relies on an elegant editorial format, featuring precious colour illustrations of texts ad illuminated manuscripts and a foreword by David Sassoli, President of the European Parliament.

This editorial project was ideated by Lorenzo Becattini and coordinated by Paola Laurella and was also created thanks to the support of Quarkomp Srl and to a precious collaboration with important cultural institutions such as the Vatican Library, the National Central Library in Florence, the British Library in London, the Palatina Library in Parma, and the Municipal Historical Archives and Trivulziana Library in Milan.

“DANTE SCOPRE L’EUROPA is a book that still had not been written within the immense Dante’s bibliography, says Paola Allegretti, adding: “It is an illustrated collection, commented in three languages – Italian, French and English – of all those Divine Comedy’s verses in which Dante talks about places of the European geography. The journey of the reader goes from paradise to hell, as Dante’s gaze on Europe changes according to his purification”.

“This book – said President Becattini – is the first step towards a new strategic vision of society, seeing culture as a key driver for the local economy”.