Every month the display of exhibitions, cultural events, appointments not to be missed in the city for exhibitors, visitors, buyerscongressmen and our guests. 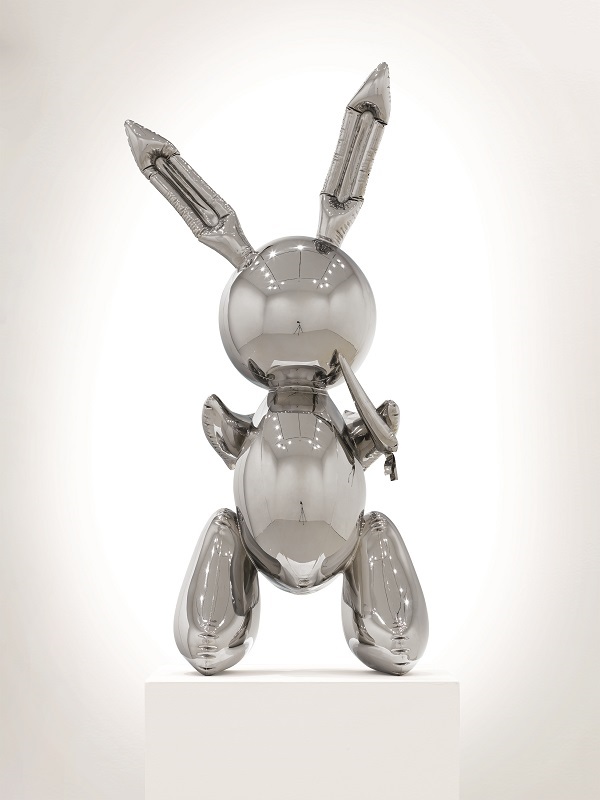 Florence, 28th October 2021. The opening weeks of JEFF KOONS’ SHINE exhibition are already sold out. Open until 30th January 2022, the exhibition takes place inside the austere rooms and the monumental courtyard of Palazzo Strozzi, showcasing the most iconic works by the most paid, loved, and controversial living artist in over 40 years of career.

While institutions are developing a strong debate on the birth of a new Renaissance, once again Florence turns out to be an increasingly attractive and magnetic city in terms of contemporaneity, able to attract a younger, more aware and passionate audience; a city – as stated by Arturo Galansino, Director of Palazzo Strozzi and curator of the exhibition along with Joachim Pissarro  – “which is able to take part actively into the artistic avant-garde of our time”. Developed through an intimate dialogue with the artist, this exhibition benefits from major loans coming from the most important collections and international museums and questions the concept of SHINE intended as a concrete, tangible, and metaphysical shine, as an ambiguous game between splendour and glow, and between being and appearing.

The exhibition boasts several cultural references, and hints of past artists who inspired Koons, such as Masaccio, Leonardo, Michelangelo, Bernini, Poussin, Manet, but also Duchamp, Dalí, Andy Warhol, about whom he noted: “We are very different from each other, we have different personalities, but we have both worked on the idea that everything is beautiful for what it is. And on dismantling prejudices – this is probably what we really have in common”.

On show, some of his most famous sculptures in shiny metal, which ironically replicate luxury objects, such as the Baccarat Crystal Set (1986) or the iconic inflatable toys such as the Rabbit (1986) and Balloon Dog (Red) (1994-2000),or reinterpret characters from pop culture such as Hulk (Tubas) (2004-2008). Characterised by reflective properties, the works by Koons – born in York, Pennsylvania, in 1955 – aim at increasing our metaphysical perception of time and space, of surface and depth, materiality and immateriality. 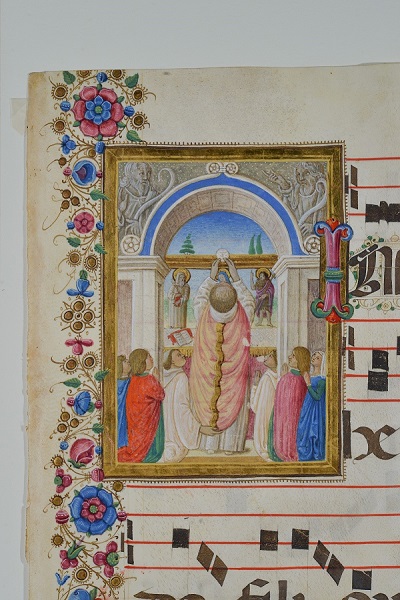 Florence, 8th July 2020 – Forty masterpieces retrieved by the Carabinieri – manuscripts and single illuminated pages – will be on show inside the Sala delle Nicchie at Palazzo Pitti until 4th October 2020, witnessing the great Central Italy book production season from the 13th to the 16th century.

A sophisticated and exclusive exhibition rewarding the excellent work of a team of enthusiastic young art historians – graduates and post-graduates in History of Illumination at the Florence University – guided by Prof. Sonia Chiodo, one of the leading experts in this sector, shedding light on the uniqueness of the time and life of these works, stolen and then retrieved. END_OF_DOCUMENT_TOKEN_TO_BE_REPLACED 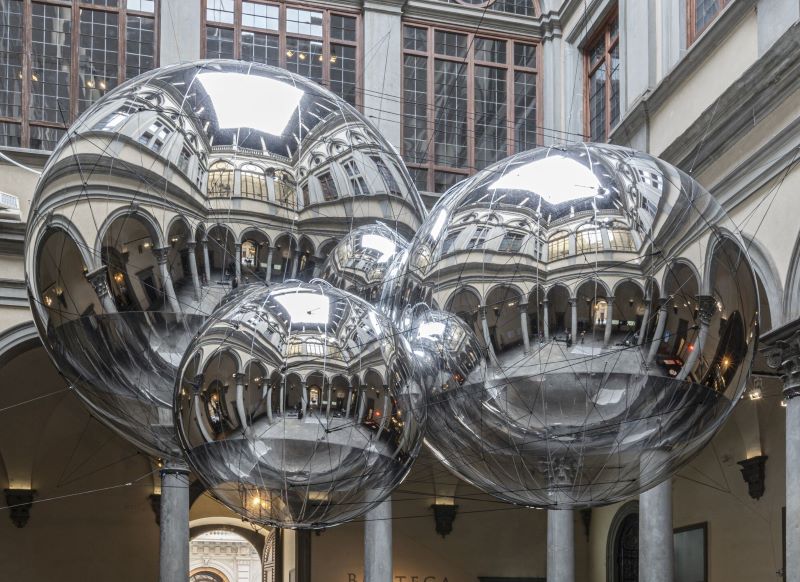 From human beings to the centre of the universe of Florence Humanism, up to man as part of a harmonious whole, no longer limited by ties, hierarchies, pyramidal views, geographical and social boundaries. From Anthropocene to Aerocene – a new geological era in which contemporary men deeply and amazingly connect with unusual elements such as spiders and spiderwebs becoming real works of art. From 22nd February to 19th July 2020, this is Palazzo Strozzi’s programme, featuring Argentine artist Tomàs Saraceno, born in 1973, one of the most versatile and visionary contemporary artists. With his solo exhibition Aria, curated by Arturo Galansino, he captures and moves visitors by mixing arts, natural and social sciences and by offering them the opportunity to come in contact with other creatures in a totally new and original way. END_OF_DOCUMENT_TOKEN_TO_BE_REPLACED 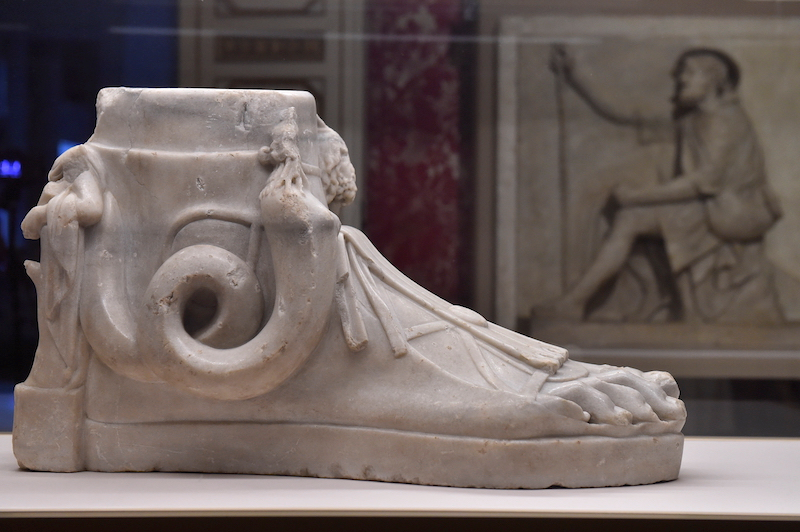 What do cinema, fashion and the ancient Rome have in common? Shoes, as proven by a refined and incredibly original exhibition called Worn by the Gods. Footwear in the Ancient World and 20th Century Revisitation, curated by Lorenza Camin, Caterina Chiarelli and Fabrizio Paolucci, hosted inside the rooms of the Museum of Costume and Fashion at Palazzo Pitti, and open until 19th April 2020. END_OF_DOCUMENT_TOKEN_TO_BE_REPLACED 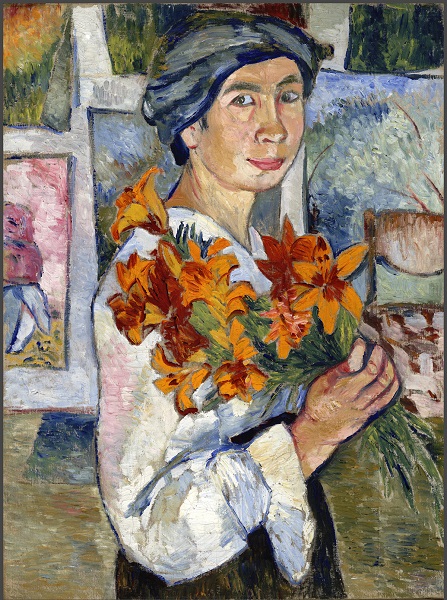 “Where white acacia blooms, houses are yellow, pink, blue, red, and are repainted every year. Amidst the trees, near the houses, the sky is blue, blue. Tahiti can also be found in Russia”. These words belong to Natalia Goncharova, one of the main protagonists of the Russian avant-garde. Florence and Palazzo Strozzi dedicated a great retrospective to her, named Natalia Goncharova. A Woman of the Avant-garde with Gauguin, Matisse and Picasso, open until 12th January 2020 inside the exhibiting halls on the first floor of the palace, which for the occasion were decorated with sophisticated wallpaper  – inspired by images of books of the artist – and with bright, colourful brushstrokes on the walls, indulging in strong and savoury shades which recall her paintings. END_OF_DOCUMENT_TOKEN_TO_BE_REPLACED 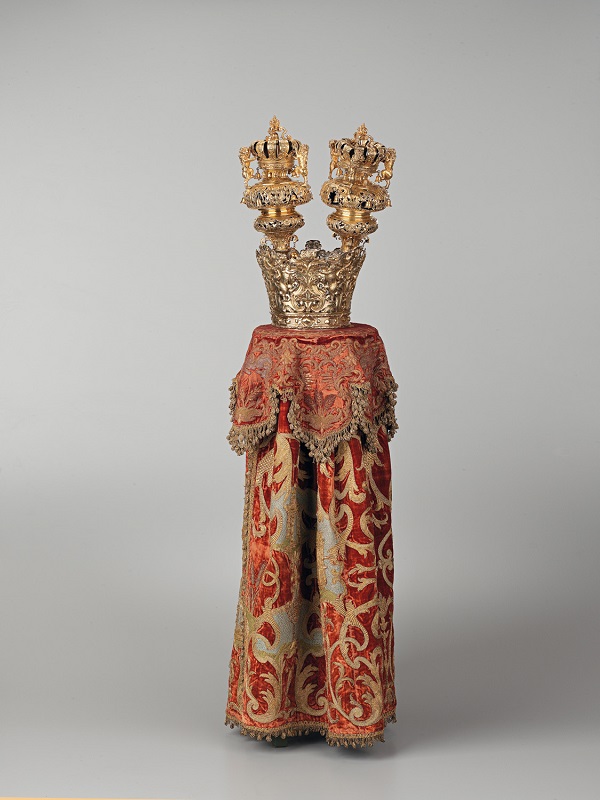 If you wish to learn more about the Italian Jewish community, then this summer do not miss the exhibition The Colours of Judaism in Italy. Precious Textiles, from the Temple of Jerusalem to Ready-to-Wear Fashion, taking place at the Uffizi Gallery from 27th June to 27th October 2019. Curated by Dora Liscia Bemporad and Olga Melasecchi, this exhibition gathers 140 works including tapestries, laces, fabrics and various ornaments used in daily life and for religious use inside the Aula Magliabechiana. This exhibition takes us from the ancient world right up to the fashions of the 20th century and to modern textile manufacturing, addressing key themes such as the role of writing as a decorative motif, the use of textiles in synagogues, embroidery as a secret labour, and the role of women. What emerges is a Judaism which cares for tradition, but which also proves to be joyous, colourful, and rich in hidden meanings and symbols. END_OF_DOCUMENT_TOKEN_TO_BE_REPLACED 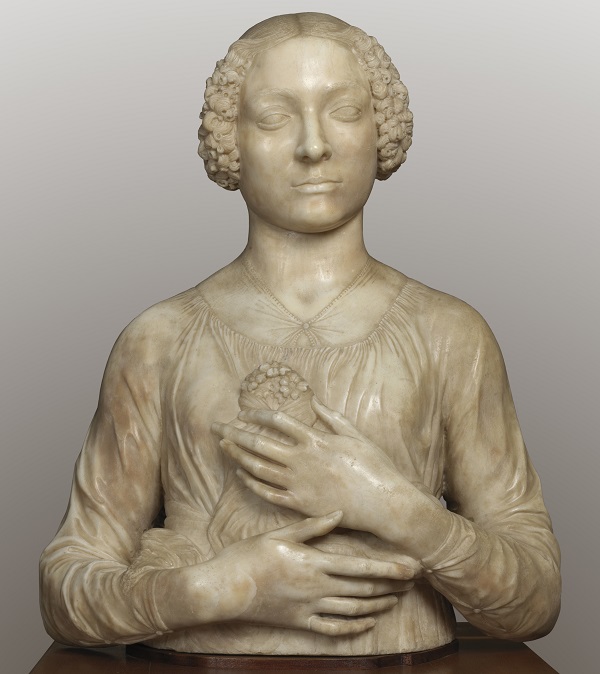 After an exhibition dedicated to Marina Abramovich, Palazzo Strozzi now celebrates Andrea del Verrocchio, born Andrea di Michele di Francesco Cioni. A fitting tribute to a great artist, Master of Leonardo da Vinci and an icon at the time of Lorenzo de’ Medici’s Florence, as well as a cultural event of absolute importance as part of the celebrations for the 500th anniversary of Leonardo da Vinci’s death, which took place in Amboise shortly after he was appointed “first painter, architect and engineer” by King Francis I of France. END_OF_DOCUMENT_TOKEN_TO_BE_REPLACED 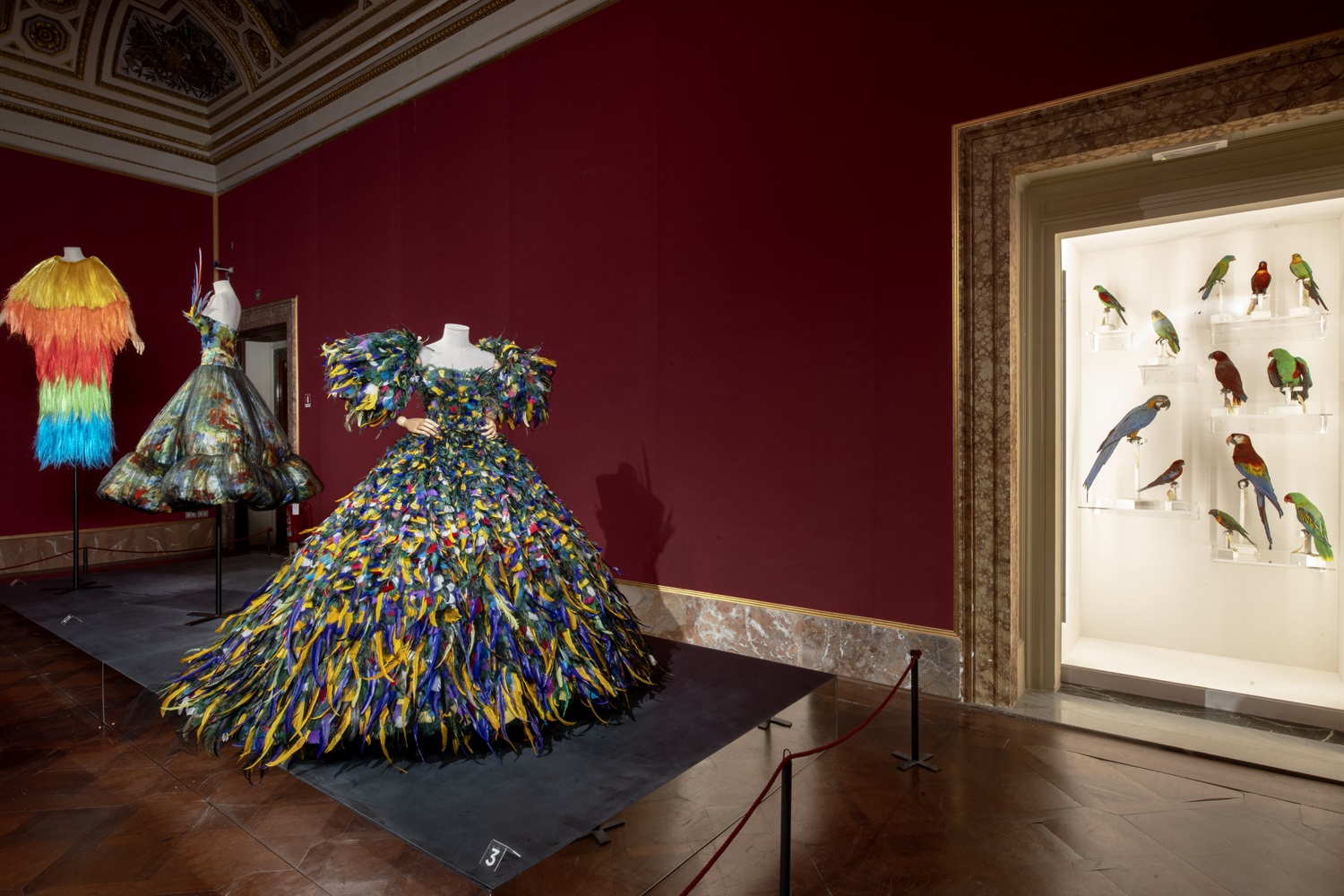 The appealing and irresistible power of nature and the animal world captures the creativity and the ingenuity of fashion designers. Spiders, insects, urchins, lobsters, snakes, fish, shells, corals, parrots and butterflies become a source of inspiration for dream garments, shoes, sophisticated bags and stunning pieces of jewellery.  END_OF_DOCUMENT_TOKEN_TO_BE_REPLACED 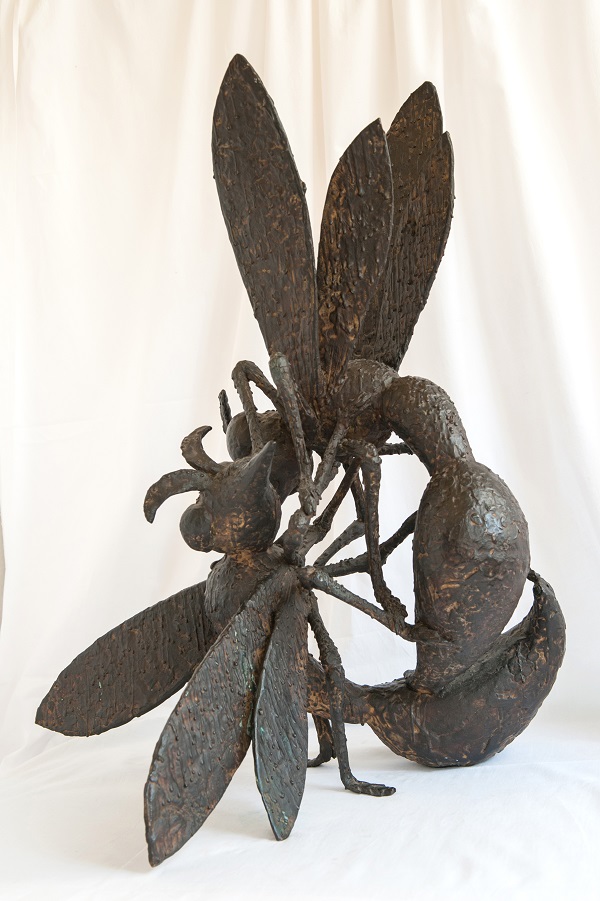 Do not miss the beautiful exhibition Omaggio a Bino Bini (A Tribute to Bino Bini) at Palazzo Bastogi, open until 22nd November 2018 and closing the 2018 cultural activities promoted by the Regional Council of Tuscany.

An eclectic and multifaceted personality, “a modern sculptor with an amazingly ancient heart” as Antonio Paolucci remembered him, Bino Bini was also a painter, engraver, medal maker and goldsmith. The Wine & Food Biennale – November 16-19, 2018. END_OF_DOCUMENT_TOKEN_TO_BE_REPLACED 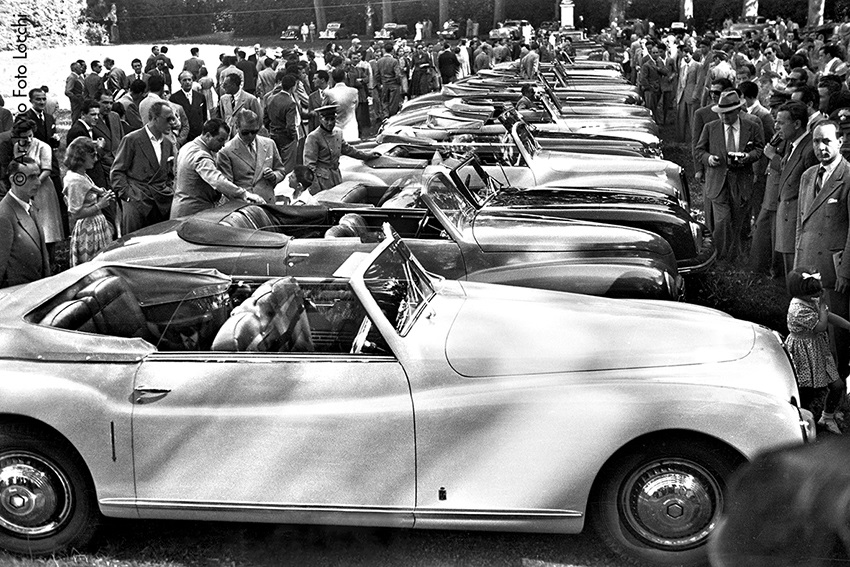 From 11th June to 16th September 2018, inside the halls of the Andito degli Angiolini at Palazzo Pitti, 90 wonderful photographs will display the timeless charm of cars – icons of beauty and elegance – as well as the seductive and unstoppable power of speed, as experienced in Florence and Tuscany in the thirty years going from 1934 to 1965.  END_OF_DOCUMENT_TOKEN_TO_BE_REPLACED

Fiera Firenze
This website uses cookies to improve your experience. We'll assume you're ok with this, but you can opt-out if you wish.Accept More